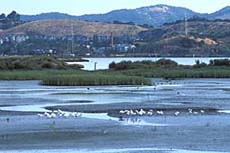 Regulatory authority for biological resources is held by the California Department of Fish and Game and three federal agencies: U.S. Army Corps of Engineers, U.S. Fish and Wildlife Service, and NOAA Fisheries. Agencies dealing with water resources include the Environmental Protection Agency, California Environmental Protection Agency, and California Water Resources Control Board (both the Division of Water Rights and the Regional Water Quality Control Board). Some kinds of activities may involve the San Francisco Bay Conservation and Development Commission and/or the State Lands Commission. The State Department of Water Resources Division of Dam Safety has jurisdiction over repairs or changes to the dam at Phoenix Lake.

Regulations that apply state-wide and that are implemented by state and federal agencies include the Clean Water Act, the federal Endangered Species Act, the California Endangered Species Act, and the California Native Plant Protection Act. Marin County and each of the incorporated communities within the watershed have some planning and land use tools that can be used to protect the integrity of the watershed. They may include such things as setbacks for development along drainages, policies for the protection of large trees, or other measures implemented at the discretion of local jurisdictions.

Jurisdictions with land use and planning authority within the watershed include the State of California, Marin County, and the incorporated communities of Corte Madera, Fairfax, Larkspur, Ross, and San Anselmo. 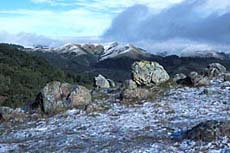 View from Azalea Hill, managed by the Marin Municipal Water District, after a rare snowfall